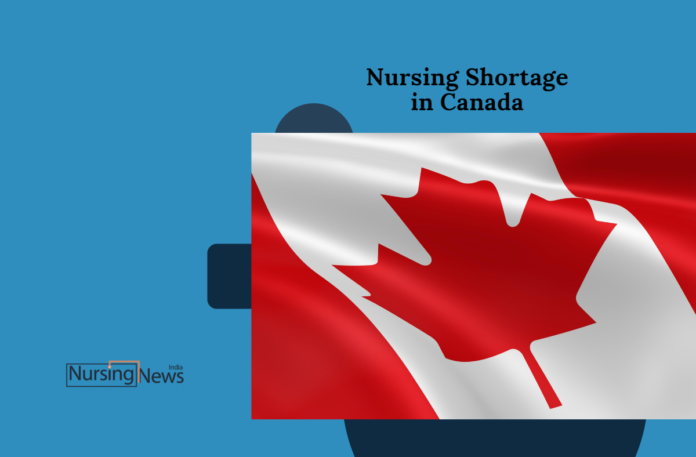 Hospital emergency departments are becoming overcrowded or possibly closed across Canada due to a chronic nursing shortage. The conditions are straining as the national health system is already overburdened. And this could have serious ramifications for patient care.

The nursing staff has been leaving their positions in large numbers because of the burnout brought on by the Covid-19 pandemic, patient abuse, and salary unhappiness. Moreover, experts have predicted that the problem will only get worse.

The effect on emergency care is so great that Ottawa police recently had to drive a shooting victim to the hospital instead of waiting for an ambulance, and an elderly woman who fell and broke her hip was forced to wait six hours for assistance from paramedics stationed 100 kilometers (62 miles) away.

Numerous emergency departments had to close over the summer and early fall due to a lack of staff, sometimes for just one night or weekend, sometimes for longer.

The Ontario Nurses’ Association president, Cathryn Hoy, stated that the nurses were “numb, deflated, and feeling helpless.” Twenty years as a nurse herself, she called the situation “serious.”

Amelie Inard, 32, was brought to a Montreal ER this week while in excruciating pain and urinating blood.

Because of how busy they were and how crowded the environment was, an overworked nurse instructed her to express her problem “in one sentence, quickly,” according to Inard.

After some time, she gave up and departed without consulting a doctor.

According to Hoy, hospital workloads are increasing along with patient frustration over long wait times, which is fueling an increase in violence toward nurses.

AFP received reports from several nurses that they had been hit, scratched, spat on, and had trays, dishes, and human waste is thrown at them.

“Crazy circumstances” From January to July, more than 1,000 times in Ottawa’s capital, ambulances were unable to transport patients because paramedics were stranded in line to discharge them from packed emergency rooms.

In the previous week, a hospital in Peterborough, east of Toronto, was compelled to treat patients on gurneys in the parking lot because its ER was overflowing.

Doctor Merril Pauls in Manitoba claimed that due to a lack of nurses, there had been several occasions throughout the summer when they had to close down beds in the emergency room at Winnipeg’s Health Sciences Centre.

He also stated that they had too many people coming in and no space to put them. In a resuscitation bay, they were double bunking critically ill patients.

“The working circumstances for our nurses are insane.”

The doctor continued, saying it’s a “very major phenomenon happening all over the country” and it’s “growing worse.”

High turnover – According to a recent poll by the largest labor union in Canada, the Canadian Union of Public Employees, 87% of nurses had thought about leaving their position because of the ungrateful and grueling working circumstances.

Even recent graduates are leaving, according to Hoy.

Jean-Yves Duclos, minister of federal health, has committed to making it simpler for people to recognize credentials from other countries. That might aid 11,000 medical professionals with international training in finding employment in their field in Canada.

However, given that there are already 34,400 nurse positions open, that won’t be nearly enough.

The fact that many Canadians, like Inard, don’t have a family doctor and must seek treatment at emergency rooms only serves to exacerbate the issue.

It’s simply so hard to find a family doctor, someone said.

Additionally, a constant lack of regular hospital beds frequently results in lengthy wait times for patients being transferred from ERs.

At the end of September, Ontario enacted a law allowing transfers of patients in need of long-term care to facilities up to 150 kilometers distant.

It would relieve burdens on packed emergency units, according to provincial health minister Sylvia Jones.

However, detractors claim that it would drive elderly and fragile individuals into care facilities far from their loved ones.

Brain cells will die if a stroke sufferer doesn’t receive clot-busting medication quickly, and the patient will succumb.

If serious infections are not treated promptly, they can be fatal. Cancers and other diseases can also occur, he added.

Pauls remembered encouraging patients who were being discharged “to come back if things become worse.”

“Now, though, they mock us. You’re crazy, they say. I have no intention of going through this again.”