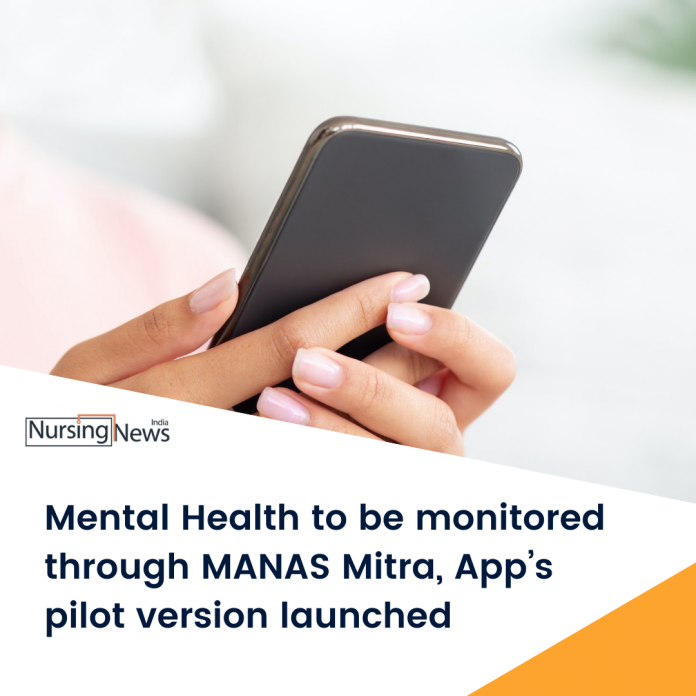 As we are advancing to the technological world, people’s mental health has been affecting dramatically. It is the best time to address the issue before it becomes more severe. Due to the Covid-19 pandemic and advanced technology, people tend to spend more time on screens. This causes mental stress and later affects health.

The joint venture of the following two groups has brought forward a new application to address the matter:-

The application is being developed by the Bengaluru-based center, precisely, Centre for Development of Advanced Computing. The application has been named MANAS Mitra. It consists of two words, Mental Health and Normalcy Augmentation System.

The application will be used extensively to track the health of the people, especially mental health. It will also be supported by virtual consultation. It will store the data for the people so that it can be used in the future.

The current application is launched on a trial basis and not available for public use. It will be tested for 100 days and then validated. The current version has two age group:-