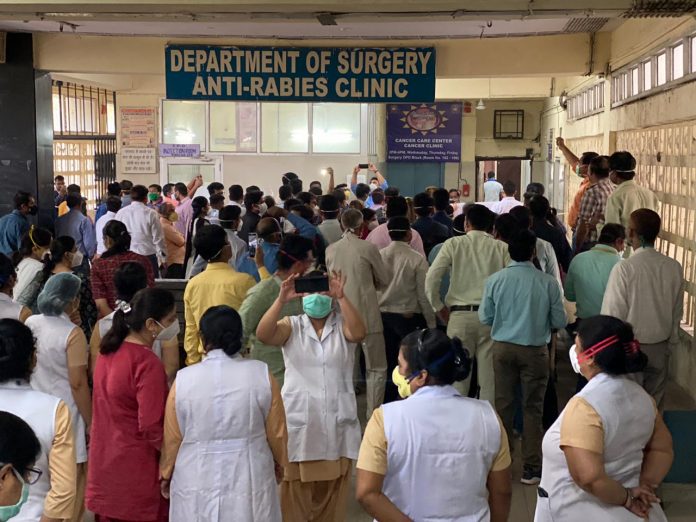 Finally, consolating news heard by nursing staff who were facing injustice in Delhi. North Delhi Municipal Corporation took action after the strike launched by the nursing staff and decided to release the pending salaries since June 2020. Nursing staff may call off their strike on Friday after their grievances were heard. The protesters included members of 17 polyclinics and 5 north corporation run hospitals namely:

Jai Prakash as a mayor of the North Administration requested the staff to cancel their strike as their demands have been heard and the payment of pending salaries till September has been made. The administration also decided not to take any coercive action against the nursing staff who led this strike.

More than 800 health workers walked out on November 2 and led the indefinite strike in wake of non-payment of their salaries for the last 4 to 5 months. The protesters said that they would cancel the strike Friday simply subsequent to getting a composed affirmation that no reformatory move will be made against them for turning to the strike.

The nurses have not been paid since August. To put salt on the wound the administration paid the compensation to the specialists till September when they went on a strike. The paramedic staff is not even paid since June 2020.

Nursing News India also covered the news on troubles faced by nurses. You can read it here.

Looks like their hard work has been paid off as justice is being served to the nursing staff.

In the meeting with the mayor on Thursday, it was decided that the payment has been made and there will be no consequences for the strike led by staff. They also agreed to count the days which were lost in the strike.

The head of the Nurses Union of several hospitals assured that they would call off the strike the minutes after their bank accounts will be credited with the pending dues. They also asked the administration to give the assurance of not taking any action against the health workers who were part of the strike in writing.