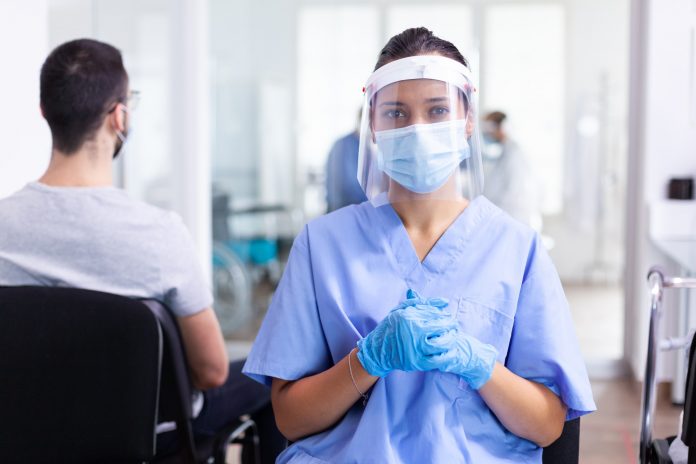 After the piteous protests at 3:00 AM on Saturday by conscientious nurses, their voices are heard. At the peak of the corona virus, where utmost care is required, where nurses are working tirelessly for even three shifts a day are facing problems of water shortage, lack of table fans, and pending salaries.

The perturbed authorities have taken decisions after almost 72 hours. The decision included solutions for the issues faced by the nursing staff of the NESCO Covid facility due to which they protested at midnight. Dr. Poonam Andrade, the head of the center, ensured a proper supply of water tanks and sent 70 fans in Unnat Nagar where these nurses live. All the 177 nurses whose salaries were pending for the September month will also be paid in the next 8 to 10 days.

The Maharashtra Housing and Area Development Authority (MHADA)’s repair board officials have also acted regarding the matter and decided to visit Unnat Nagar. The former health minister of Maharashtra and current leader of Shiv Sena, Deepak Sawant, talked in the matter with Vinod Ghosalkar, president of the MHADA repair board, and has assured that issues faced by nurses will be resolved as soon as possible. During an interview, he admitted that they knew about the pending salaries and backed it with various reasons for the delay. He told that issue is now resolved and the payment of salary is in due process.

Swati Rane, faculty of Tata Institute of Social Science ( TISS), questioned BMC about not finalizing the protocols for contractual nursing staff even after 7 months of the pandemic. She also asked about the grievances faced by nurses and where to register them. United Nurses Association (UNA) wrote to BMC authority after receiving constant complaints from BMC’s nursing staff. UNA decided to intervene in the matter and has tried to raise it to higher authorities.