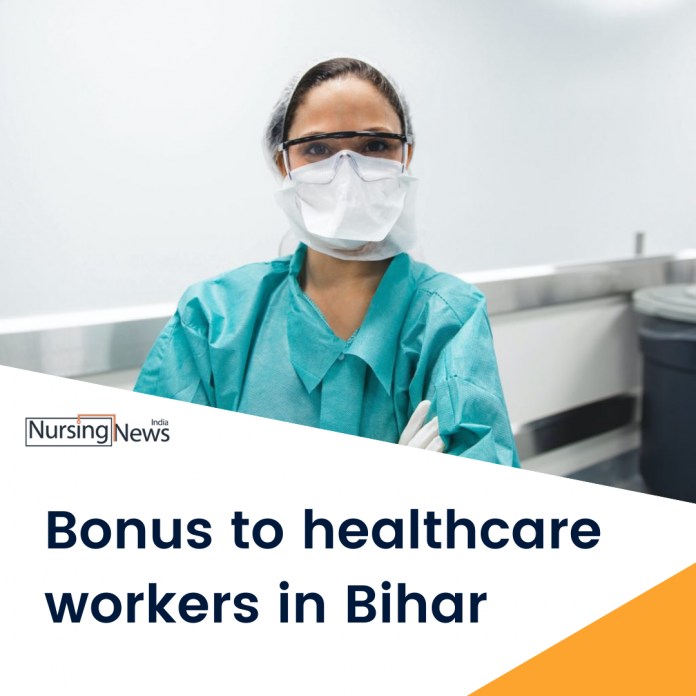 A slight bit of joy during these difficult times of pandemic can be experienced by Healthcare Workers of Bihar, as Nitish Kumar announces bonus. The hard work of healthcare workers in fighting coronavirus has been paid off a little.

Bihar CM Nitish Kumar took a major decision by announcing a bonus to all the healthcare workers of the state. They will be paid a month’s salary as a bonus. This launched a wave of joy among workers. Although the efforts put by them in fighting is unaccountable and cannot be compared with this bonus. Still, the decision taken by the CM will incentivize the workers.

Along with the announcement of the bonus, various other important decisions were also taken. The schools, colleges, and other educational institutions which were to be opened from 30 April, now will open from 15 May after reviewing the conditions.

He also announced night curfew in the state. The curfew will run from 9 PM to 5 AM. The attendance at the funeral is also reduced to 25 from 50. And for other gatherings like marriages, shradha the limit is 100. Various other decisions were also taken which are as follows:

All these decisions were taken with the view of curbing the rise in Covid-19 cases. CM Nitish Kumar announced these decisions after the meeting with district officials on Sunday.