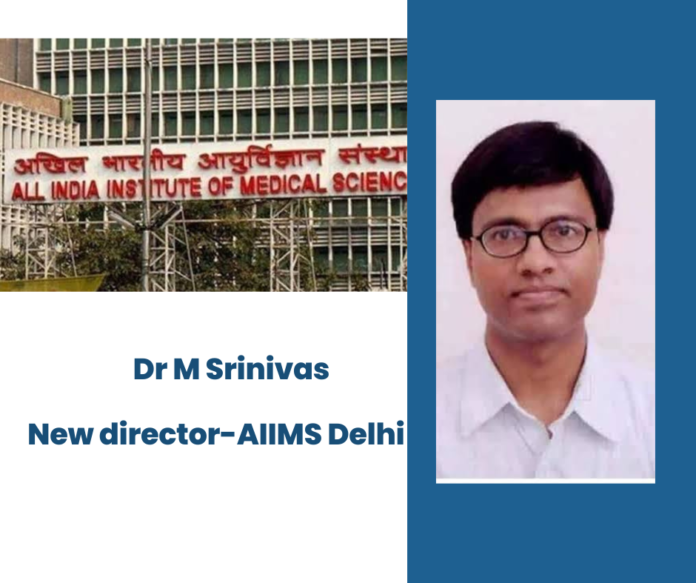 Dr. M. Srinivas has been appointed as the new director of the All Indian Institute of Medical Sciences (AIIMS) Delhi. He is also the dean of the Employees State Insurance Company (ESIC) Medical College and Hospital in Hyderabad.

The confirmation comes from a Department of Personnel and Training order dated September 9 stating that Dr. Srinivas’ nomination to the position of Director at AIIMS, New Delhi, has been accepted by the Appointments Committee of the Cabinet (ACC).

Previously serving as Dean at the Employees’ State Insurance Corporation, also known as ESIC Medical College and Hospital, Hyderabad, Dr. M. Srinivas is the current director of Delhi AIIMS. He has experience working in the Department of Pediatric Surgery at the AIIMS in Delhi and was a deputation employee at the ESIC Hospital in Hyderabad.

The news of the replacement comes on Dr. Randeep Guleria’s final day as director of the All India Institute of Medical Sciences in Delhi. Dr. Guleria’s term as a director started in 2017. His term began on 28 march 2017. He had twice been granted an extension for the Director position at AIIMS Delhi. On September 23, his second extension expires.